BOSTON – Solstice Initiative, a nonprofit that empowers Black, Indigenous, People of Color (BIPOC) and low-income communities towards a just and inclusive clean energy transition, announces the appointment of two new members to their Board in the final quarter of 2020.

Joining the Board are Sara Chandler and Shalanda Baker. Sara is the Managing Director of Equity and Access at Elemental Excelerator, a California and Hawaii-based startup accelerator, deploying solutions to climate change, particularly in the communities that need them the most. Prior to Elemental Excelerator, Sara was at the San Francisco Public Utilities Commission where she worked on local, state, and federal policy and managed special projects across the utility’s water, wastewater and power enterprises. Sara is also a former Greenlining Institute Environmental Equity fellow and a graduate of Howard University School of Law.

Shalanda is a Professor of Law, Public Policy and Urban Affairs at Northeastern University in Boston. Shalanda holds a Bachelor of Science degree in Political Science from the United States Air Force Academy, a Juris Doctor from Northeastern University School of Law, and an LLM from the University of Wisconsin School of Law. She is also the author of over a dozen articles, book chapters and essays on renewable energy law, policy and development. Her book, Revolutionary Power: An Activist’s Guide to the Energy Transition, is expected to be released in 2021.

“These two outstanding women both have long careers working on behalf of low-income, BIPOC, and marginalized populations, and both have generously taught us so much. I count them among the most intelligent, insightful, compassionate and persuasive people working in energy and energy justice today,” said Steph Speirs, Co-Founder.

“Sara and Shalanda, two extraordinary advocates of energy justice, have both contributed their time, resources and thought-provoking ideas to Solstice’s mission. They bring a critical perspective grounded in equity that will undoubtedly guide our work and successes. We are beyond grateful to have them on our team and look forward to their passionate and progressive contributions,” said Lauren Levine, Executive Director.

See below for all of our Board members’ extended bios. 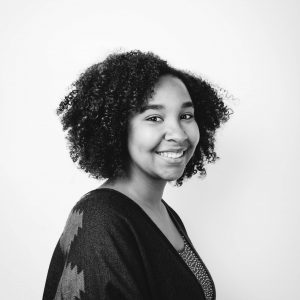 Prior to Elemental Excelerator, Sara was at the San Francisco Public Utilities Commission where she worked on local, state, and federal policy and managed special projects across the utility’s water, wastewater, and power enterprises. Sara is also a former Greenlining Institute Environmental Equity Fellow. A graduate of Howard University School of Law, she enjoys the unique opportunity Elemental has to be a bridge to make policy engagement more accessible and technological innovation culturally relevant. Sara is also a proud alum of Emory University where she studied English and concentrated on literature of marginalized people.

Shalanda H. Baker is a Professor of Law, Public Policy and Urban Affairs at Northeastern University. She has spent over a decade conducting research on the equity dimensions of the global transition away from fossil fuel energy to cleaner energy resources. Shalanda teaches courses on renewable energy development, energy justice, and environmental law and, in 2015, she was awarded a 2016-17 Fulbright-García Robles grant to explore Mexico’s energy reform, climate change and indigenous rights.

Before joining Northeastern’s faculty, Shalanda spent three years as an associate professor of law at the William S. Richardson School of Law, University of Hawai’i, where she was the founding director of the Energy Justice Program. Prior to that, she served on the faculty at the University of San Francisco School of Law. Shalanda holds a Bachelor of Science degree in Political Science from the United States Air Force Academy, a Juris Doctor from Northeastern University School of Law, and an LLM from the University of Wisconsin School of Law, where she also served as a William H. Hastie Fellow. Immediately after law school, before working as a corporate and project finance attorney in both the Boston and Tokyo offices of the law firm of Bingham McCutchen, Professor Baker clerked for Associate Justice Roderick Ireland of the Massachusetts Supreme Judicial Court. Shalanda is also a veteran and former Air Force officer who fought to end the military’s “Don’t Ask, Don’t Tell” policy.

She is the author of over a dozen articles, book chapters and essays on renewable energy law, policy, and development. Her forthcoming book, Revolutionary Power: An Activist’s Guide to the Energy Transition, argues that energy policy should be the next domain to advance civil rights. She is the Co-Founder and Co-Director of the Initiative for Energy Justice (www.iejusa.org), an organization committed to providing technical law and policy support to communities on the frontlines of climate change. She also serves on the Massachusetts Energy Facilities Siting Board, the Massachusetts Global Warming Solutions Act Implementation Advisory Committee Climate Justice Working Group, and the Board of the Clean Energy Group. She is the Board Chair at The Solutions Project.

Ellen is a corporate attorney specializing in start-ups, impact investing and debt financing. She previously worked in the Capital Markets group at Proskauer Rose and the Corporate Department at Wiggin and Dana before starting her own practice in 2019 to work more closely with innovators and disruptors. Prior to attending law school, Ellen worked in the Irish government and headed the research department at Lindsay Goldberg, a middle-market private equity firm in New York City.

Ellen is a graduate of Fairfield University and UConn Law and volunteers for the undergraduate entrepreneurial programs at both schools. In her free time, Ellen enjoys traveling, staying active and doing crosswords.

Earlier in his career, he served as the Staff Director to the Committee on Environment and Natural Resources in the Massachusetts State Legislature. In addition, Ben has experience working on public power deals with Morgan Stanley and in cleantech investing with DBL Investors, a “double bottom line” venture capital firm. He holds degrees from the Yale School of Management, the Yale School of Forestry & Environmental Studies and Yale College, and he is a former member of the New Haven Board of Aldermen.

David Simas is the Chief Executive Officer of the Obama Foundation. A native of Taunton, Massachusetts, Simas was appointed Deputy Chief of Staff to Massachusetts Governor Deval Patrick in 2007. Simas joined the Obama Administration in 2009 as a Deputy Assistant to the President, working with senior advisors David Axelrod and David Plouffe. Simas then served as Director of Opinion Research for President Obama’s reelection in 2012. Following the reelection, he returned to the White House as Assistant to the President and Director of the Office of Political Strategy and Outreach. Simas holds a B.A. in political science from Stonehill College and a J.D. from Boston College Law School. He lives in Chicago with his wife, Shauna, and their two daughters.

Sabrina Dupré is a communications, engagement and brand strategy executive with nearly 20 years of experience building, positioning and strengthening purpose-driven brands to grow their businesses, mobilize their audiences and transform interactions into positive social change. She is a regular speaker on the topics of nonprofit innovation, corporate sustainability, branding and social entrepreneurship. Most recently, Ms. Dupré was the Global Head of Brand Strategy, Marketing and Communications for the global nonprofit venture fund, Acumen, and serves on the board of Teach For Uganda.

Prior to Acumen, Sabrina spent her career leading brand strategy and communications planning for some of the world’s most recognizable start-ups, corporations and nonprofits, including The Estée Lauder Companies, PUMA, the U.S. Fund for Unicef and Christy Turlington. Career highlights include re-branding the Breast Cancer Research Foundation, the nonprofit organization founded by Evelyn and Leonard Lauder to fight breast cancer, conceiving and launching Every Mother Counts, supermodel and activist Christy Turlington’s nonprofit maternal health organization, and launching PUMAVision, PUMA’s Corporate Social Responsibility program.

She has a B.A. from Princeton University and an M.A. from Columbia University’s Teachers College. Sabrina currently lives in New York City with her partner and two dogs.